One more book to add to the TBR

I loved Taylor Jenkins Reid's last book, Maybe in Another Life. And now....I'm looking forward to her next book, One True Loves. 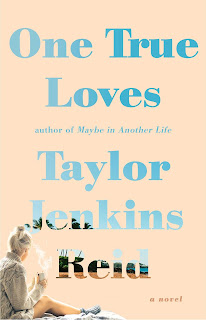 ABOUT THE BOOK:
In her twenties, Emma Blair marries her high school sweetheart, Jesse. They build a life for themselves, far away from the expectations of their parents and the people of their hometown in Massachusetts. They travel the world together, living life to the fullest and seizing every opportunity for adventure.

On their first wedding anniversary, Jesse is on a helicopter over the Pacific when it goes missing. Just like that, Jesse is gone forever.

Emma quits her job and moves home in an effort to put her life back together. Years later, now in her thirties, Emma runs into an old friend, Sam, and finds herself falling in love again. When Emma and Sam get engaged, it feels like Emma’s second chance at happiness.

That is, until Jesse is found. He’s alive, and he’s been trying all these years to come home to her. With a husband and a fiancé, Emma has to now figure out who she is and what she wants, while trying to protect the ones she loves.

Who is her one true love? What does it mean to love truly?

Emma knows she has to listen to her heart. She’s just not sure what it’s saying.

ABOUT THE AUTHOR:
Taylor Jenkins Reid is an essayist and novelist living in Los Angeles and the acclaimed author of Maybe in Another Life, After I Do, and Forever, Interrupted. Before becoming a writer, she worked in entertainment and education.

My take on: Freedom's Child

Freedom's Child by Jax Miller is the story of a mother in turmoil.

Years ago, Freedom Oliver used to be Nessa Delaney. How did she become Freedom? After being convicted and then exonerated of her husband Mark's murder nearly twenty years earlier. Matthew, one of Mark's crazy brothers, ends up taking Nessa's place in prison. Once out of prison, Nessa wants to be reunited with her young children, Ethan and Layla, but decides to put their safety and well-being first. The crazy Delaney's, Mark's mother Lynn, and his brothers, Matthew, Luke, and John, want Nessa dead. Only Peter, the sane member of the Delaney siblings, has a soft spot for Nessa. But he's confined to a wheelchair, and doesn't have the strength to protect Nessa from his family. Nessa's only option is to enter Witness Protection, and the kids are put up for adoption.

Life goes on, and Nessa becomes Freedom a reckless, alcoholic, and destructive mess. The past forever haunts Freedom. To numb the pain, she drinks to excess. She goes from dead end job to dead end job. But she can't forget her children. She keeps track of them via social media. Ethan and Layla, have now become Mason and Rebekah Paul, raised in a religious cult. Only Mason has managed to escape the cult, focusing on his education and becoming a lawyer. Rebekah wasn't so lucky, she's in deep.

The past and the present come to a head for Freedom when Matthew is released from prison and Rebekah disappears. Freedom can either stay put or find Rebekah. Freedom doesn't care about herself. She only cares about Rebekah's safety. The motherly instincts kicks in. Mason and the Delaney brothers are also on the hunt for Rebekah. For the Delaney's, finding Rebekah means finding Freedom and getting revenge. For Mason, finding Rebekah means reconnecting with his sister.

I was going through a reading slump when I started this, so it took me a couple months to finish this. The chapters are very short, so when I was reading this I was very engaged. As a character, Freedom can be funny, sarcastic, depressing, and reckless all at the same time. But sometimes she was a little annoying. I just wanted her to grow up. At times, some of the situations seemed a little far-fetched. Keeping the plot and number of characters straight was a little hard. I think the author threw everything but the kitchen sink at these characters. Just when you think they can't take anymore, something else happens. The ending was sad and happy. Freedom finally finds some peace but it comes at a price. Overall, I think this was a solid debut. I would definitely read another book by Jax Miller.

Note: I received a copy from Penguin Random House's Blogging for Books program in exchange for an honest review.
Posted by As I Turn the Pages at 3:07 PM 1 comment: 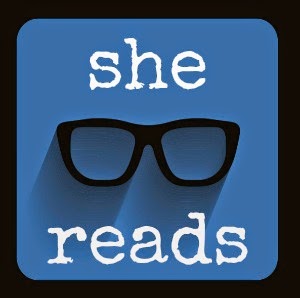