Please welcome Bill Hayes co-author of
Triumphs and Tragedies: A Story of Wealth and Addiction

Establishing a Sense of Place 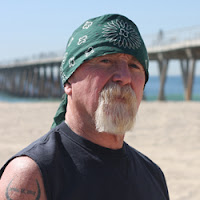 Triumphs and Tragedies: A True Story of Wealth and Addiction is the sensory-stunning life story of philanthropist Karl McMillen. Writing it was, for me, another amazing exercise in dissecting a life in a way that not even the extraordinary person who lived it had ever envisioned.
And that is an artistic windfall that offers the ultimate in satisfaction for a writer.
My writing/editing partner, Jennifer Thomas, and I have been extremely fortunate in presenting the stories of people who have defined life in ways far beyond the mainstream. We have looked into the eyes and souls of a founder of the Black Panthers; a former leader of the Hells Angels; an imprisoned victim of international corruption; one of radio’s most legendary personalities; young women who have fought back against dark societal odds; and now, in Triumphs, a multimillionaire who has waged a war against the drug demons that stole his sons. One thing common to all these individuals is that it has been hard for them to look objectively at their lives from the inside out.
These people lived these lives. Chronology, organization, exposition, even facts weren’t exactly top priority during gun battles, solitary confinement, rotting in a foreign jail, stowing away on the Beatles’ airplane, or—in Karl’s case— aiding and abetting one son as he faced life imprisonment and pulling the plug on another when he OD’d on drugs.
Even in hindsight—often decades later—it’s difficult for such people to sort things out objectively through their emotions and tears and laughter and humbleness and the passage of time. And that’s fine.
That’s our job.
When you work in nonfiction, you don’t have to create as much as you have to interpret. You have to open your eyes as wide as they’ll go, and your mind even wider. You take whatever or whoever you’re writing about and you place it or them into the world as a whole, giving it its place and the reason for writing about this subject. You load the cannon for the impact.
In Triumphs and Tragedies, we took the always-sinister subject of hard drug addiction—the frightening force that began its dismantling of Karl McMillen’s family in the 1960s—and we gave it its place. We showed how the slime and evil of needles in veins finds a place far removed from inner-city back alleys. And, jumping to the other side of the tracks, how it finds a place apart from rockers and movie stars who make headlines when their bodies are found. Karl’s story exemplifies how this horror finds a place somewhere in the middle, too—a place among the other wealthy, the ones who aren’t seen on television and movie screens or on the cover of People.
It finds a place where such choices are made as: An Ivy League education or another hit of crank? Inherit the most successful business of its kind or spend another few years in a state prison? Follow the sun and surf around the world or let a once-perfect athletic body atrophy in anesthetized agony?
What drug addiction did to the family of Karl McMillen is so chilling because it is so relatable. Most of us don’t find ourselves hanging out behind skid-row dumpsters or in the company of woozy untouchable stars. But we do drive down streets and find ourselves in upscale neighborhoods where the homes look ideal. Spotless and shameless. With doors that open to beautiful views and allow in the most beautiful people.


Triumphs and Tragedies: A True Story of Wealth and Addiction is a disturbing and compelling chronicle of just where those portals can really lead. 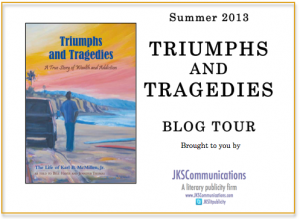