We made it! The final days of 2016 are finally coming to a close. My life was actually pretty stable, despite the lack of extra money in my wallet. However, I would wager the world at large is ready to put 2016 in the rearview mirror.

I personally was stunned that the orange terror will now be in the Oval Office. So much so that I had to walk away from newspapers, news, and all forms of social media for two weeks. Leading up to the election, I had absorbed so much media that I had to take a break. Instead, I turned to my favorite form of entertainment -- BOOKS!

Books are a great way to distract from reality. A great way to enter worlds different from your own. Last year, I vowed to read more. I set a goal of 75 books, but halfway through the year I knew I wasn't going to hit that mark. It was a nice try. Then, I decided to lower my goal to 40 books. I thought that was more attainable. But........I came up short. I topped out at 34 books. Still more than last year. I read only 27 books last year. So I'm glad I was able to read just a little bit more. There were some books that I started and didn't finish because I just wasn't into them. Although, there were a lot of books I was into. So read on......

1. If You Left by Ashley Prentice Norton: A great read on the toll mental illness can take on marriage and family.
2. Another Brooklyn by Jacqueline Woodson: A lyrical coming of age story about a teenage girl trying to find her place in life.

3. Before the Fall by Noah Hawley: The only two survivors of a deadly plane crash have to navigate the aftermath.

4. One True Loves by Taylor Jenkins Reid: Some people only get one true love. What if fate gives you a chance at two? What would you do?

5. All the Winters After by Seré Prince Halverson: A family used to running from their problems finally have to face them.
6. The Edge of Lost by Kristina McMorris: A young immigrant tries to make it in America, but at a cost.

7. The Summer That Melted Everything by Tiffany McDaniel: I'm still not sure how to describe this book, but it's the most unique story I read all year.
8. Noah's Wife by Lindsay Starck: A modern-day take on the biblical story of Noah.
9. Certain Dark Things by Silvia Moreno-Garcia: My first foray with a vampire fantasy novel.

10. Girl Unbroken by Regina Calcaterra and Rosie Maloney: One woman's story of her odyssey through foster care and an erratic mother.
11. Gaining Visibility by Pamela Hearon: A sweet romance to end my reading year.
The not so good books of 2016
(Please note, not all of these books were published in 2016. I just happened to read them in 2016)

1. Behind Closed Doors by B.A. Paris: This was just bad, borderline tragedy porn. The plot just didn't make a lot of sense to me. It went to the extreme for seemingly no reason.
2. The Sun in Your Eyes by Deborah Shapiro: This was just boring!
3. The Star-Touched Queen by Roshani Chokshi: I wanted to like this. A young girl cursed with a deadly horoscope. It certainly got my attention, but writing was just overly descriptive -- borderline overkill.
4. The Summer of Me by Angela Benson: This book had an overly spiritual and uplifting message, but that message was very heavy-handed.
5. Station Eleven by Emily St. John Mandel: After all the hype surrounding this book, I had high hopes and was disappointed.
How did I do with reading resolutions in 2016?
No so good. I read 34 books for a total of 10,948 pages. I wanted at least 50 percent of the books I read to be books I purchased. But I only read five of my own books -- the same amount as last year. That's a big fail on my part. I can only aim to do better in 2016. Instead of 50 percent, how about just doubling the amount? So I only read five of my own books in 2016, I need to read at least 10 of my own books in 2017. That sounds doable. :)

Lets take a look at my other resolutions from 2016:

--Buy less books: That's one I did a good job of sticking to. I only bought books on special occasions: my birthday, the office book fair, and Christmas. I think I can do it again in 2017.

--Read more sci-fi/fantasy books: This one was difficult. I would say this is a work in progress. The Fifth Season by N.K. Jemisin was at the top of my list. I gave it 150 pages, but I couldn't give it anymore. I just didn't understand it. It's not a good sign if I have to keep reading the appendix to understand your book. But I think I will give this another shot in 2017. I did get out of my contemporary bubble in 2016. That's progress.

--Less social media: This is something I still struggle with. The election results did force me to pull away from all forms of media in general. But getting off Twitter is still hard. Perhaps taking the app off my phone would help!

--Read more e-books: Of the 34 books I read, three were e-books. I really prefer print to digital, and that's not going to change anytime soon.

--Listen to an audiobook: EPIC FAIL. Not a single book I read was audio. I got nothing on how to change this one.

--Read more non-fiction: I didn't get to Dead Wake by Erik Larson, yet. But I did read six non-fiction books, compared to zero in 2015.

--Read Outlander by Diana Gabaldon: Nope, not yet.

--Start the Song of Ice and Fire Series: So-so, I'm 200 pages into A Game of Thrones. I like it, but it's going to take a while to get through such a thick book. 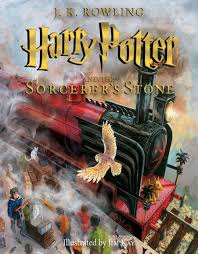 Keep a reading journal: When I first started blogging, I did take notes on the books I was reading. But at some point I stopped. Looking back, I think my reviews were more in depth and easier to write because I took notes. I had words to look at when I was writing my reviews. When I stopped, it was hard to remember my thoughts. I read multiple books at the same time, and sometimes I have to re-read passages to jog my memory. I have already started my reading journal, and I will keep it up for a full year.
Try for 50: I would love to get back to the years when I could read 60+, but I'm not there yet. Fifty seems like a good number.

Finish the Lunar Chronicles by Marissa Meyer: I did read Cinder this year. I started Scarlet, but had to put it down. I was reading too many books at the time and something had to give.

Read a book I assume I will hate: I watch a lot of videos on YouTube. So many book bloggers on YouTube seem to love Twilight, but I do a major eyeroll whenever I hear that. I've read a few passages of Twilight, and they've all been bad. But maybe I'm wrong.

I think that's it for resolutions. If I have too many, I think I'm going to overextend myself. What are your resolutions?
Posted by As I Turn the Pages at 12:01 AM