Happy Paperback Release Day: A Trick of the Light by Lois Metzger

Last year I was captivated story of a teenage boy with an eating disorder in A Trick of the Light by Lois Metzger. In honor of the paperback release Ms. Metzger is stopping by my blog with a guest post! 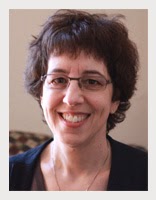 My novel, “A Trick of the Light,” is the story of a 15-year-old boy who develops an eating disorder.  The book came out in hardcover in 2013, and over the past year many people have written to me with   This inspired me to put together a special section for the just-released paperback, called “10 Things You Probably Didn’t Know About Eating Disorders.”
new information and questions.

Here are five of them with some comments of my own:

1.  The National Eating Disorder Association (NEDA) estimates that 30 million people in this country have eating disorders at some point in their lives.

The hardcover mentions the fact that 10 million in the U.S. have eating disorders and that 10 percent of them are male—meaning one million boys and men.  Since then, I’ve learned that this figure is probably too low, that in fact as many as 20 million people are suffering from an eating disorder at any one time, and that one-third of them are male.

2.  Children as young as five have been diagnosed with eating disorders.

Healthcare professionals are calling this “a disturbing trend.”  To put it mildly.

3.  Male wrestlers are particularly susceptible to eating disorders because they have to “make weight,” and mistakenly believe that competing in a lower weight class will give them an advantage.  For rapid weight loss before a weigh-in, up to three-quarters of high school and collegiate wrestlers will fast, overexercise, and restrict fluids.

My main character, Mike Welles, is not a wrestler, but so many wrestlers struggle with eating disorders I wanted to shine a spotlight on this.

4.  The “Maudsley Approach” to eating disorders, also known as family-based treatment, has seen much success in recent years.  According to U.S. News & World Report, it “emphasizes recovery over cause, and care provided by parents, not by doctors.”

This carefully structured method is an alternative to residential treatment (hospitalization).

5.  If you want to help someone with an eating disorder, it’s important to take action quickly because eating disorders can escalate rapidly and are so deadly (with a mortality rate as high as 20 percent).  A good first step is calling the NEDA hotline:  1-800-931-2237.

This last one may be most important, because very often people with eating disorders deny they have eating disorders and resist treatment, and most people do not recover without intervention.  It’s up to family and friends to take that first step.
Posted by As I Turn the Pages at 12:01 AM