It's hard to believe half the year is gone already. I feel like 2017 just started. I thought this might be a good time to take stock of my reading resolutions for 2017. After a lackluster 2016, I set my goals for 2017 a little bit lower. Why put so many expectations on myself when I know it will be hard to fulfill? So I set a reading goal of 50 books for 2017. The year is halfway done and I'm NOT halfway to 50 books. How many have I read? Eighteen books and counting. It could have been more but I've had some dry spells this year. I started and stopped several books.


DNF: I tried, I really tried

A Game of Thrones by George RR Martin: This book is sooooooooooooooo dense. I just couldn't believe this man would spend pages upon pages waxing poetic about milk and food. There were parts that were interesting but some that were kind of boring. I own all of the books in the series, so I will have to come back to this at some point. But for now, I had to breakup with Mr. Martin. 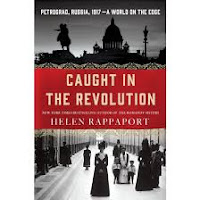 The Book Thief by Markus Zusak: The writing style is a bit unorthodox. I wasn't getting the hype. What is so special about this book? After almost 200 pages, I gave up.

Pond by Claire-Louise Bennett: This was an office book club pick. It was less
than 200 pages, but I struggled to finish it. It made ZERO sense to me. I skipped the book discussion on this one because I just had nothing to say. There was nothing special about this one.

Sweetness #9 by Stephan Eirik Clark: Another office book club pick. I was just indifferent. There was nothing overly bad or overly good about this one.

Caught in the Revolution by Helen Rappaport: This was about the Russian Revolution of 1917. The time period was certainly compelling but the way the story was told wasn't enough to hold my attention.

Ninth City Burning by J. Patrick Black: An opportunity to finally read some more sci-fi. I couldn't get past the first three or four chapters.

How is the rest of the year shaping up?

I think I will get really, really close to 50 books. But I think I might come up short. I'm starting to read longer books, 400-plus pages, and those just take up more time. I also don't think I'm going to break my habit of reading several books at once. Some days I'm just in the mood for more than one book. I'm currently reading

Night Film by Marisha Pessl. At nearly 600 pages, it's going to take me at least another month to finish. So far, I think Night Film is going to be my favorite book of the year. I'm only about 160 pages in, but it's so different from anything I've read in years. It's not just a mystery, it's a thriller, it's a family drama, it's a mind-bender. It's so many things, I'm going to have a hard time describing it when I post my review.

What else am I looking forward to? It by Stephen King. I'm dating myself, but I remember when the original TV movie came on. Now that a movie is coming this fall, I want to finally tackle the book. I've tried before, maybe I'll succeed this time! Natchez Burning by Greg Iles and Small Great Things by Jodi Picoult are also on my mile long TBR.