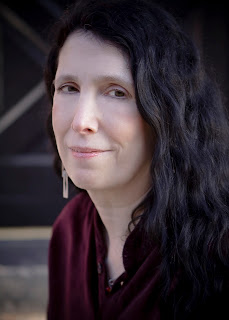 1. I'm torn between liking April and hating her. She has good intentions, but constantly pulling your child out of school to go on adventures doesn't seem very helpful. Was that your intention with April's character? Is she a villian?

Great question. April is a contradiction. I absolutely understood and loved April, though I would NOT want to go out to lunch with her or have her be my friend. I think because I understood why she did the things she did--her deep feelings of pain, her desperation to be the perfect mother coupled with her inability to do so--I could feel for her, and I knew she was under a lot of pain. I don't think she is a villain per se, but frankly, even though I could understand why she did what she did, I couldn't forgive her for it. (Which is why, she'd never be a friend of mine!)

2. Sam goes to through different stages of grief, from not talking about the accident to thinking Isabelle is an angel. What type of research did you do? Did you talk to children or parents to understand their mindset?
I talked to a lot of child psychologists and I showed them pages, asking, "Would a child say this? Do this? Feel this way?" I also read a lot of books about grief, and I thought back to how my own son was at that age when grieving over much smaller things, like a lost toy! Mostly, I tried to tunnel so deeply into Sam that I felt that I was him, that I was experiencing what he was experiencing, and at some point, it began to seem organic to me.

3. Do you think writing books helped in your career as a book critic? Do you look at books differently? Any backlash from other writers?

I definitely look at books differently now. Being a critic forced me to look at why and how books work, and why and how they don't. Being able to do that really helped me when I look at my own work. I haven't gotten any backlash, though some writers kept telling me reviewing would kill my writing. I've found it to be the opposite. The only real difficulty for me is that ethically, I can't review my friends! I interview them on my blog, instead.

4. In three words how would you describe your book?

Oh, what a good question. Hmmm. Haunting, eerie, psychological. How's that? Thank you for this great interview.