I paced myself a little better today. I think yesterday I got caught up in, "I have to make it here by 11:00, here by 11:30....." I managed to get everything I wanted to day and more. A full recap is coming next week, but for now how about some photos!! 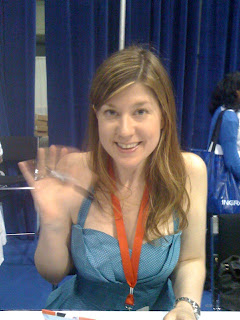 Maureen Johnson was super nice. It took an hour to get off the line, but it was worth it. She had no problem posing for a picture. I'm a little bummed she didn't wear the Abe Lincoln outfit she hinted at on Twitter. 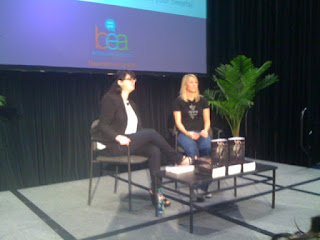 Michelle Hodkin, author of The Unbecoming of Mara Dyer, and Kristi from The Story Siren. Her book sounded so good. I missed out on the ARCs, but you never know there might be some on Thursday. 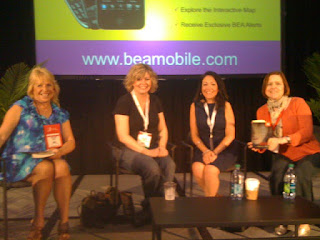 Contributors to the book Dear Bully. I got there late because it took a little while to get off Maureen Johnson's line. I know the blonde in blue is Ellen Hopkins, everyone else I have no idea. 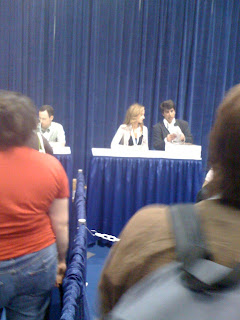 Country singer Chely Wright signing copies of her book Like Me. It's a little far away because I wasn't sure if I could take one up closer since she was running late. She was super super nice!! 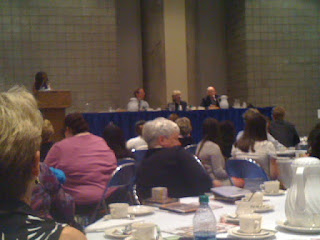