My take on: Wicked Bugs

A couple of days ago, I got in my car and stared at my windshield. There was a tiny fly or some other insect on the outside. I had a choice. Let it fly off harmlessly or kill it with my windshield wipers? I'll just put it this way, I like a CLEAN windshield. That fly would have bit the dust sooner or later. After reading Wicked Bugs by Amy Stewart, I'm glad I did. This book is funny and stomach-turning all at the same time. What do I mean by that? Let's take a stroll through some of the creepy crawlers in the book. 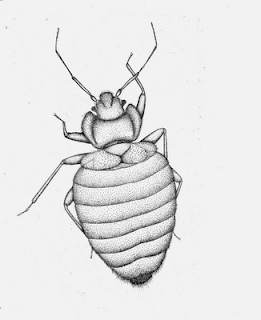 This little creepy crawler is one that we are all familiar with. Although, we're usually asleep when they attack. The BED BUG. Here comes the stomach-turning part, "Once it has a good grip, it begins rocking back and forth, working needlelike feeding organs called stylets into the skin." Who knew these little buggers had such strength. That description makes it sound like they're lifting 40-pound weights. It's probably a good thing I just washed my sheets yesterday. Just thinking about them makes me itch. 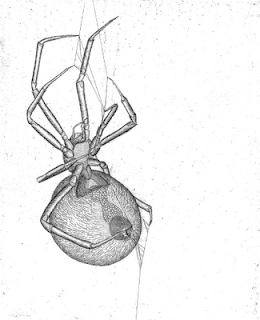 The Black Widow spider. Feel like leaving a surprise for someone you hate? It's one of the most feared spiders in the world. 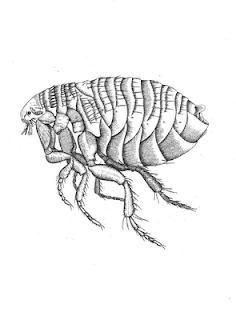 The Chigoe Flea anybody? "A female chigoe flea burrows into the skin of her host by simply tearing into it, living under the skin and dining on the host's blood until she swells to about the size of a pea. She does not allow her host's skin to heal over, maintaining an open wound so that she can breathe and also so she can receive male visitors when she's feeling amorous." Ewwwwwwwwwww!! You can never heal because that nasty flea is in heat? The crew of Christopher Columbus cut off their own toes because they wanted to get rid of the critters.

Did you know mosquitoes are attracted to beer drinkers? I'm so glad I don't like alcohol. Water and juice all the way for me!!

The artwork by Briony Morrow-Cribs is just beautiful. If one can say such things about bugs.

You will come away with a deep understanding of the millions of insects in the world. The diseases they carry. The dumb things people actually thought they could do with them. Like programming them as attack weapons. Male insects have such a hard life most of them end up dismembered and dead after mating.  Trust me when I say, do not eat, drink, or be anywhere near food when reading this book. My face went through several shapes of disgust. But there are moments of laughter, too. If you have an interest in creepy crawlers, this is one for your collection! 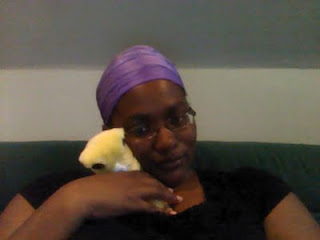 I'm going to curl up with another book and my very own bookworm. This little bugger loves books as much as me, except I don't eat the pages!

Notes: I received a copy of the book from the publisher (Algonquin) in exchange for an honest review. For more information author Amy Stewart visit: http://www.amystewart.com/
Posted by As I Turn the Pages at 12:01 AM