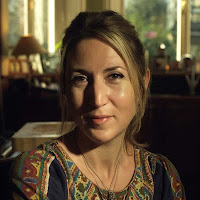 1. When Ralph's Party was published (in 1999) did you think then there was more story to tell? Did you need time away from the characters before revisiting the story?

No, quite the opposite, I was raring to get on with the next one and a whole new set of characters. I am not one of those writers who ‘misses’ their characters and feels sad when the book comes to an end. I generally find a year is more than enough time to spend with a group of fictional people! I revisited the characters for a variety of reasons, but nostalgia was not one of them. Ralph’s Party had been semi-autobiographical and it seemed apt to use the same characters I‘d used to write about falling in love to write about the challenges of long term love and life after children.

2. Did you take any inspiration from your own life when writing After the Party?
Yes. It was my life at the time that inspired me to write the book. I’d had a second baby and some big imbalances were becoming apparent within my marriage and I was seething with shock and resentment that two people who’d started out as equals had fallen so easily into stereotypical gender roles. The big difference between Ralph and Jem’s story and my own story is that my husband and I have always communicated and would never have got ourselves into as many holes as Ralph and Jem, who have no communication skills whatsoever!

3. What are your favorite genres to read? Do you see yourself writing in another genre?
I basically like a good-quality, middle-ground, character-led read, something with a mystery or a murder or a family secret at its heart. I like books that make me turn the pages really fast, not books I have to work at. I like chick lit when it is smart and well-written and tackles meaty issues, but not when it is sloppy and silly and full of clichés. I would not take a full leap into another genre, but would definitely let my topics move around from place to place.

4. What are you working on now?
I am three quarters of the way through my tenth novel. It’s called BEFORE I MET HER and is about a girl who comes to London in the mid 90’s to try and find a mystery woman named in her grandmother’s will. Whilst trying to find a job and trace the mystery woman, she inadvertently gets involved in the London Brit Pop scene of the 90’s and the hedonistic  Primrose Hill set that all the tabloids were writing about at the time. The story is interwoven with scenes from her grandmother’s time in London, just after the First World War and her adventures with the Bright Young People set and a famous jazz musician called Sandy Beach. So their coming-of-age stories kind of mirror each others’ and at the heart of it is some detective work, some romance and a big mystery.

5. In three words how would you describe After the Party? Sad. Real. Uplifting.
Posted by As I Turn the Pages at 12:00 AM