Borders made me do it!!

Last year I expressed my disdain for Oprah picking Jonathan Franzen's Freedom as a book club pick. I let it be known on Twitter and other blogs. It had been so long since she picked a female author, it just seemed wrong. Weeks before the book came out it was being proclaimed as the greatest thing since sliced bread. The lady from The New York Times, whose name I have no idea how to spell, wrote a glowing review. A review in which I needed a dictionary to read. I declared I would not buy it.....during all the hype. So what did I do with my birthday money (my birthday was Thursday)? What does any book lover do with a little extra money? I went to Borders. The e-mails advertising 60-80% off were just too enticing. What does all of this have to do with Jonathan Franzen? I think you can guess.... 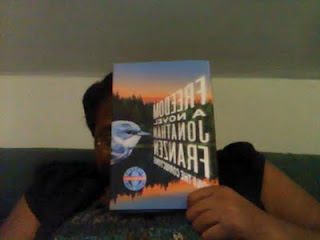 I caved. I caved. I was bored by his previous book The Corrections. So why would I buy Freedom? It was 70% off. I figure that makes it Ok. A $28 book dropped down to $8.40, who can resist? That's cheaper than the paperback ($16) of this book. I want to see if all the hype is justified. Technically it didn't cost me anything out of pocket since I got a gift card for my birthday. So I can honestly say, "I didn't spend any money on that book." And just so I didn't feel like a total sellout I also bought a few more goodies from Borders. 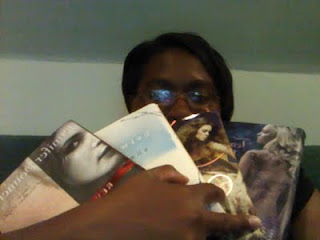 I also bought Revolution by Jennifer Donnelly, Wither by Lauren DeStefano, Between Shades of Gray by Ruta Sepetys, and Tempest Rising by Tracy Deebs. I didn't stop there either. I'm a Lost fanatic, so I ducked into Best Buy to get the last two seasons. I think everyone will agree with me that nothing says, "Happy Birthday!!" like a little retail therapy!!!
Posted by As I Turn the Pages at 8:51 PM