That Day in September

Today marks 10 years that the world changed. I can remember where I was. I was in a women's studies class, without a TV and without a radio. I had no idea of what was going until an hour and a half later. Someone on the campus bus told me two planes had flown into the World Trade Center. At first I thought it was a rather dumb joke. I walked around campus for hours just watching the news coverage. Fortunately, members of my family who worked in both towers got out safely.

Everyone has a story of where they were on that day. Artie Van Why author of That Day In September has a story too. Here are a few questions I had for him: 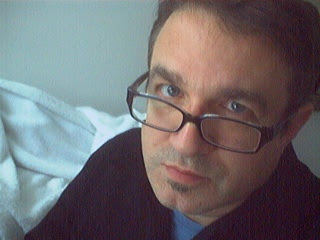 1. After 9/11 you developed a greater sense of family and living life to the fullest.
I did.  Having been so close to death (others and the possibility of my own), family became a top priority for me.  Knowing I would never have seen them again if I had died that day made me want to be closer to them (both physically and emotionally).  For the 26 years I had lived in New York I would see them maybe 2 or 3 times a year.  I found I wanted (and maybe even needed) to be near them.  That prompted me to leave the city I loved to move to Lancaster, PA; where my parents had retired.

In the years that have followed, my relationship with them has grown ten-fold.  I’m closer to them than I ever would have thought possible.  After all these years, I’m getting to know my parents… as an adult child.  I realize I want to know all I can about them before they leave this earth.  I ask them questions; about their childhood, their life when they first got married, their heartbreaks, their joys.  I know that years from now I will be very grateful for having had all this time with them.

And, yes, living through 9/11 did propel me to live my life the best I could.  But I’m sorry to say that over the past few years I had forgotten how to do that.  The long delayed effects from PTSD manifested themselves several years after 9/11.  I was engulfed by grief; mourning not only those who lost their lives that day but also mourning the life I had up to that day.  I, of course, am grateful and humbled that I survived, physically.  But on that day my life, as I had known it, was changed forever.  The person I was on September 10, 2001 no longer exists.  I mourned the loss of that person; while trying to understand who I was now, living with the memories, sadness and pain of that day.

I feel, these ten years later that I am just now moving out of mourning and back into living.  I want to recommit myself to the promise I made to honor those who died by living my life to the fullest.


2. Was writing the book a form of therapy for you?
It was, certainly.  Being able to put down in words what I had witnessed and what I was feeling was incredibly helpful.  But, as you put it, it was a form of therapy.  There has been much more work to do in the years following; including actual therapy.


3. You left New York after 9/11, do you ever see yourself living in New York again?


Much to my surprise, I don't.  I had not been able to go back to NYC after I moved to Lancaster in September of 2003.  I just couldn't go.  I was afraid.  Because of the therapy I mentioned in the preceding question, I finally was able to face the fear and at the end of this past April I, along with my parents and sister, went back to NYC.  We were there less than 24 hours; specifically to revisit what I still regard as Ground Zero.  That trip allowed me to finally be able to close that chapter of my life; my life in NYC.  That was a very big step for me.

4. Has it been easy/difficult getting the message behind your book out there?


Well, having published the book myself it has been very hard just to let people know of it.  I make very little royalties from the book, so it has never been about making money.  Instead it’s about having my story told; knowing that people are touched or moved by it and that perhaps it causes them to reexamine some aspects of their own lives.  I am moved beyond measure when someone shares with me how the book has affected them.  I only wish for that to continue.  It is my way of assuring that we never forget and serves as my personal tribute to those who died.