Today we have a guest from Michael Schiavone, author of Call Me When You Land.


Why did you decide to write a novel instead of more short stories? 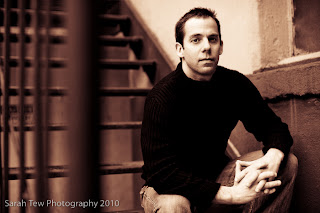 I’ve been writing short stories for over a decade, a pursuit that began in 1994 when I was handed a collection by Raymond Carver.  I was amazed and startled at how someone could convey such depth within ten pages.  I admire the precision of the short form—its immediacy.  There’s no room for digressions, no place for filler.  Every word counts.  Every sentence matters.  Being a minimalist, it’s no wonder I prefer writing short stories.

Frankly, I wrote a novel because this is what the fiction marketplace demands.  I don’t know many agents out there who will sign an author who only has a story collection to offer, even if they’ve been published in respectable literary magazines.  Most agents and publishers demand the novel from new and emerging writers.  So, from a business perspective, I chose to write a novel because I felt I had to write a novel—I went as far as I could with short stories. On another hand, I think I wrote a novel because I wanted respect as a writer.  I believed I had to have a published novel under my belt if I was going to be a “real writer.”

As you can see, my motivation was a consequence of insecurity and ego, which is kind of pathetic.  However, I am so glad I wrote a novel because Call Me When You Land was the result, an unexpected and rewarding endeavor for me.  This makes me grateful because the characters in this book are so real to me—so personal and present—that I hate to think that they might never have been born.
Posted by As I Turn the Pages at 12:00 AM