That is 100% funny. But I personally believe books are a great Christmas gift. Scholastic happens to think so also. Looking for some books for your youngsters? Here is a list to help you out.... 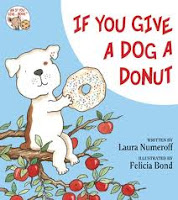 Transitional and Readers and Chapter books

Nonfiction (all ages)
All of the books are available through Scholastic Book Clubs and Scholastic Book Fairs in schools and online at www.scholastic.com/bookclubs. Happy shopping!!