It's that time of year. I have to wrap up the good and the bad of 2012. I finished my first semester of graduate school. It was tough, but worth it. I truly believe 2013 will be a better year for me. I'm still unemployed, but grad school has given me a leg up on my career pursuits.

Now, how did I do with my reading goals. I set a reading goal of 70 books. According to Goodreads, I passed my goal by reading 76 books. It should really be 74, because two of those books I just could not finish. The Orphan Master's Son by Adam Johnson and Cold Light by Jenn Ashworth just weren't for me. Those two actually make it on my list for the worst books of 2012. I hate to say I don't like something, but have to be honest. So without further adieu, here is my list for the best books of 2012!!!

1. I Couldn't Love You More by Jillian Medoff  -- Great family drama. A woman is forced to make a desperate choice. Which child will she save, and what are the consequences.

2. Home Front by Kristin Hannah -- Another family drama. Noticing a pattern here? I didn't like True Colors by Kristin Hannah, but was willing to give Home Front a try. I wasn't disappointed. Home Front is the tale of a female soldier, with a family, who goes off to war in Iraq. She does not return as the same person, physically or emotionally.

3. Fracture by Megan Miranda -- A young girl will never be the same after surviving a near-death experience. Awesome YA book. It has a nice mix of contemporary and paranormal elements.

4. Jane Fonda: The Private Life of a Public Woman by Patricia Bosworth -- I learned way too much about Jane Fonda's sex life. But this a very well-researched and comprehensive biography.

5. Defending Jacob by William Landay -- Another family drama. A young boy is accused of murder and his prosecutor father tries to prove his innocence. The ending was a complete shocker!

6. Outside the Lines by Amy Hatvany -- A young woman is still searching for her long-lost father. When they find each other, will it be everything she hoped for?

7. An Unquechable Thirst by Mary Johnson -- Do you know everything at 17? Are you ready to go out into the world and support yourself? Of course not. But at 17 Mary Johnson made the choice to become a nun.

8. The Siren by Tiffany Reisz -- I refuse to read Fifty Shades of Grey, but I'm not opposed to reading erotica. This was a great book. It wasn't all about the sex, the characters were well-fleshed out.

9. I Hunt Killers by Barry Lyga -- The title is very suggestive isn't it? A teenage boy is in fact hunting killers. A killer who is obsessed with the young boy's father, who also happens to be a serial killer.

10. Queer Greer by A.J. Walkley -- A teenage girl is discovering her sexuality.

11. Unbroken by Jamie Lisa Forbes -- Life on the family farm isn't for everyone. A marriage is in trouble just as a single mother comes rolling into town.

Honorable mention: Heft by Liz Moore, The Underside of Joy by Seré Prince Halverson, Bloodman by Robert Pobi, Pure by Julianna Baggott, One Breath Away by Heather Gudenkauf, and The Art Forger by B.A. Shapiro 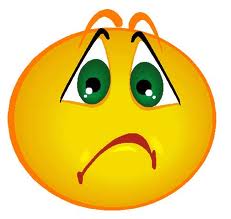 1. The Orphan Master's Son by Adam Johnson -- I let glowing newspaper reviews cloud my judgment. I didn't even make it to Part II of the book. I had to quit. It was boring, and I just couldn't see where this book was going.
2. Cold Light by Jenn Ashworth --  Another book I couldn't finish. It was hard to follow. I felt like I was forcing myself to finish, and when that happens it's time to stop reading the book.
3. Being Lara by Lola Jaye -- The storyline was good, but I just didn't like the way it was told. A young child from Nigeria is adopted and raised by a white British couple. I thought this would be a book about Lara discovering or questioning her identity. It's more about her adoptive mother and her birth mother. It just wasn't for me.
4. With my Body by Nikki Gemmell -- Before reading The Siren by Tiffany Reisz, I decided to give this one a try. It didn't seem like an erotic book, I found it to be borderline chick-lit. 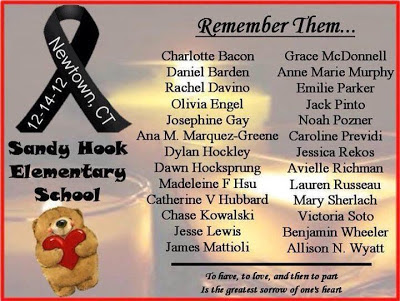 It just didn't feel right to ignore all of the tragic loss of life in 2012, especially the children of the Sandy Hook shooting. It's heartbreaking to know that 20 children will never get the chance to grow up and become doctors, lawyers, writers, or teachers. Their potential was limitless. Don't forget to cherish those who you love the most.
Posted by As I Turn the Pages at 12:01 AM