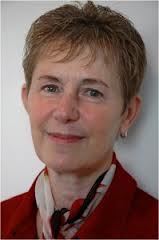 1.      When did you first stumble upon the story of May Dugas?
In the summer of 2010 my parents and I were traveling through Menominee, Michigan, and decided to stop at their Information Center. Prominently displayed on a shelf was a pamphlet by Lloyd Wendt entitled Life of May Dugas of Menominee. It started with this line: “She was down in our files as the most dangerous woman in the world.” That got my attention! We straightaway drove to the Menominee Historical Society to purchase the pamphlet. When I expressed interest in May Dugas, the attendant showed me the only memento they had of her—a gorgeous bejeweled black gown. May was not only dangerous—she possessed a sense of style as well as the money to afford the best of attire.

2.     What about May intrigued you?
Once I read Wendt’s write-up of May’s life (as told by his Pinkerton detective informant), I knew I had to write about her. The story posed so many questions: How much of a challenge was it for her to break out of societal expectations of the time? What motivated her? How did she feel about the men she extracted money from? Was she a victim of powerful men or did she lure them in with blackmail in mind?

3.     Did writing this novel require special research or travel? Have you been to many of the places May visits in the book?
I did a great deal of research online about the period, customs, and events. But I also traveled. For instance, I visited the National Archives in Washington, DC, to search for May’s passport and travel records. While I was in San Francisco, I checked out her stomping grounds at the historic Palace Hotel. In Chicago I studied buildings that were in existence when she frequented the city. I had traveled in China in 1985, not too long after it opened up to outside visitors, and I drew on that experience in portraying May’s sojourns in the bustling cities of Hong Kong and Shanghai. A professional meeting had taken me to Mexico City in the 1990s, so I was familiar with its sights and the surrounding geography. I also arranged a trip to the south of France while I was working on the novel. I paid the requisite fee to enter the exclusive gambling lounge at the Monte Carlo Casino, where I was able to soak up the ambience of the scene—the beautiful, inviting decor, the serious expressions of the gamblers, and the shuffling of chips—just as May did during her visits there.

4.     Which place that you haven’t visited would you most like to see?
The Chateau de Pallandt, the country estate of the Dutch Baron who May wed, is still in existence. May and the Baron were married on the grounds and lived there for many years before moving to London. This gorgeous property is now a luxury bed and breakfast owned by Baron and Baroness d' Hooghvorsis. I would love to go for a stay and gift a copy of my novel to the current proprietors.

5.     How much of the novel is based on historical record?
All the key events in the novel are based on actual occurrences as reported in either Lloyd Wendt’s pamphlet or newspaper reports of the time. I wanted to be true to this woman’s fascinating life, which I hope heightens the reader’s interest in her. Of course, the daily events and conversations are my constructions, albeit designed to paint a picture of the larger events.

6.     Without giving anything away, what were your favorite scenes to write?
Writing about May was such a delight!  Once I found May’s voice, the story flowed rather easily. I especially enjoyed writing about her first big adventure in Chicago.  It wasn’t easy going, and she really did need to call on her wits and wiles to avoid the pitfalls that many young women succumbed to in America’s big cities at that time.

7.  May is a captivating character and many readers end up rooting for her. Did you want the readers to feel conflicted about May?
Absolutely. In order for May to have successfully traveled the world and entered the circles of so many interesting and wealthy men, she had to have charm and charisma. I wanted the reader to experience that firsthand and contemplate May’s motives for telling her story. Was she trying to dupe the reader or simply confide in and earn the trust and approval of her listeners?
8.   May is quite a unique character. Do you see yourself in her at all?
I’d like to think I have a bit of clever resourcefulness about me. My family moved around a great deal during my childhood and adolescent years, so I had to learn to adapt to strange places, meet new people, and foster fresh friendships. Perhaps I gained some measure of adaptability and resourcefulness from that experience. I did have great fun trying to figure out how May pulled off her many exploits, but I myself am too encumbered with a diligent superego to ever attempt such intrigues.

9.   How has your background as a professor of psychology helped you in your writing?
I hope that after eight years of study and thirty years of teaching clinical psychology I have translated some of what I know into my writing. Since I am knowledgeable about human development, personality functioning, and diagnostic categories, I tried to bring that understanding to bear in imagining May’s formative years, motives, and some of the self-delusions she may have operated under.

10.   Was this your first writing effort outside of academia?
No, from an early age I was fascinated by fiction and have always wanted to write a novel. During my academic career I took some university courses in creative writing and dabbled in short stories. But it wasn’t until the year 2000 that I decided to take the leap into novel writing. I toiled over and submitted three novels for publication before I wrote Parlor Games. I view those novels as my proving ground. With each one, I felt my mastery improve, and I want to keep pushing myself to ever-greater writing challenges.

11.   What’s your writing routine like?
I rise early, take a brisk walk, breakfast over articles about writing, and read the daily newspaper. Then I steal away to my study and write all morning, blocking out, as much as possible, the distractions of e-mail, phone, and doorbell, as well as the neighborhood children squealing at the school bus stop. I don’t schedule appointments during this time if at all possible. I like to immerse myself in writing for a good three hours every weekday. That time flies by, and my usually astute stomach sometimes forgets when lunchtime has arrived. I often use afternoons and weekends for research and other writing-related tasks.

12.   Are there any authors, writing in either historical fiction or other categories, whom you’ve looked to for inspiration?
Barry Unsworth is one of my favorite authors. I had occasion to meet him at a writer’s conference a few years before his passing. We talked about two of my favorite books by him—Sacred Hunger and Sugar and Rum. He was charming and personable, and I will forever remember the wonderful conversation we shared. Barbara Kingsolver’s novel of a missionary family in the Congo, Poisonwood Bible, influenced me a great deal, particularly the skill with which she captured the voices of her varied characters. One of my favorite books about a real person is Joyce Carol Oates’ Blonde, a fine literary work that brilliantly evokes Marilyn Monroe’s complex personality. It’s my favorite book by Oates and she, in fact, has divulged that it’s one of her favorites as well.

About Parlor Games
The novel opens in 1917 with our cunning protagonist, May Dugas, standing trial for extortion. As the trial unfolds, May tells her version of events.


In 1887, at the tender age of eighteen, May ventures to Chicago in hopes of earning enough money to support her family. Circumstances force her to take up residence at the city’s most infamous bordello, but May soon learns to employ her considerable feminine wiles to extract not only sidelong looks but also large sums of money from the men she encounters.  Insinuating herself into Chicago’s high society, May lands a well-to-do fiancé—until, that is, a Pinkerton Agency detective named Reed Doherty intervenes and summarily foils the engagement.

Unflappable May quickly rebounds, elevating seduction and social climbing to an art form as she travels the world, eventually marrying a wealthy Dutch Baron. Unfortunately, Reed Doherty is never far behind and continues to track May in a delicious cat-and-mouse game as the newly-minted Baroness’s misadventures take her from San Francisco to Shanghai to London and points in between.

The Pinkerton Agency really did dub May the “Most Dangerous Woman,” branding her a crafty blackmailer and ruthless seductress.  To many, though, she was the most glamorous woman to grace high society. Was the real May Dugas a cold-hearted swindler or simply a resourceful provider for her poor family?

As the narrative bounces back and forth between the trial taking place in 1917 and May’s devious but undeniably entertaining path to the courtroom—hoodwinking and waltzing her way through the gilded age and into the twentieth century—we're left to ponder her guilt as we move closer to finding out what fate ultimately has in store for our irresistible adventuress.
About the Author
Maryka Biaggio is a former psychology professor turned novelist with a passion for history. Twenty-eight years after launching her academic career she took the leap from full-time academic to scrambling writer and now splits her time between fiction writing and higher education consulting work. More information about Maryka and Parlor Games can be found on MarykaBiaggio.com, including a discussion guide, historical information, recommended reading and a fun “Parlor Talk” feature. You can also find out more about Parlor Games on Facebook.
Posted by As I Turn the Pages at 12:01 AM