Please welcome Helen Wan author of The Partner Track. Yesterday was the paperback release for her book!
Diversity in Fiction by Helen Wan 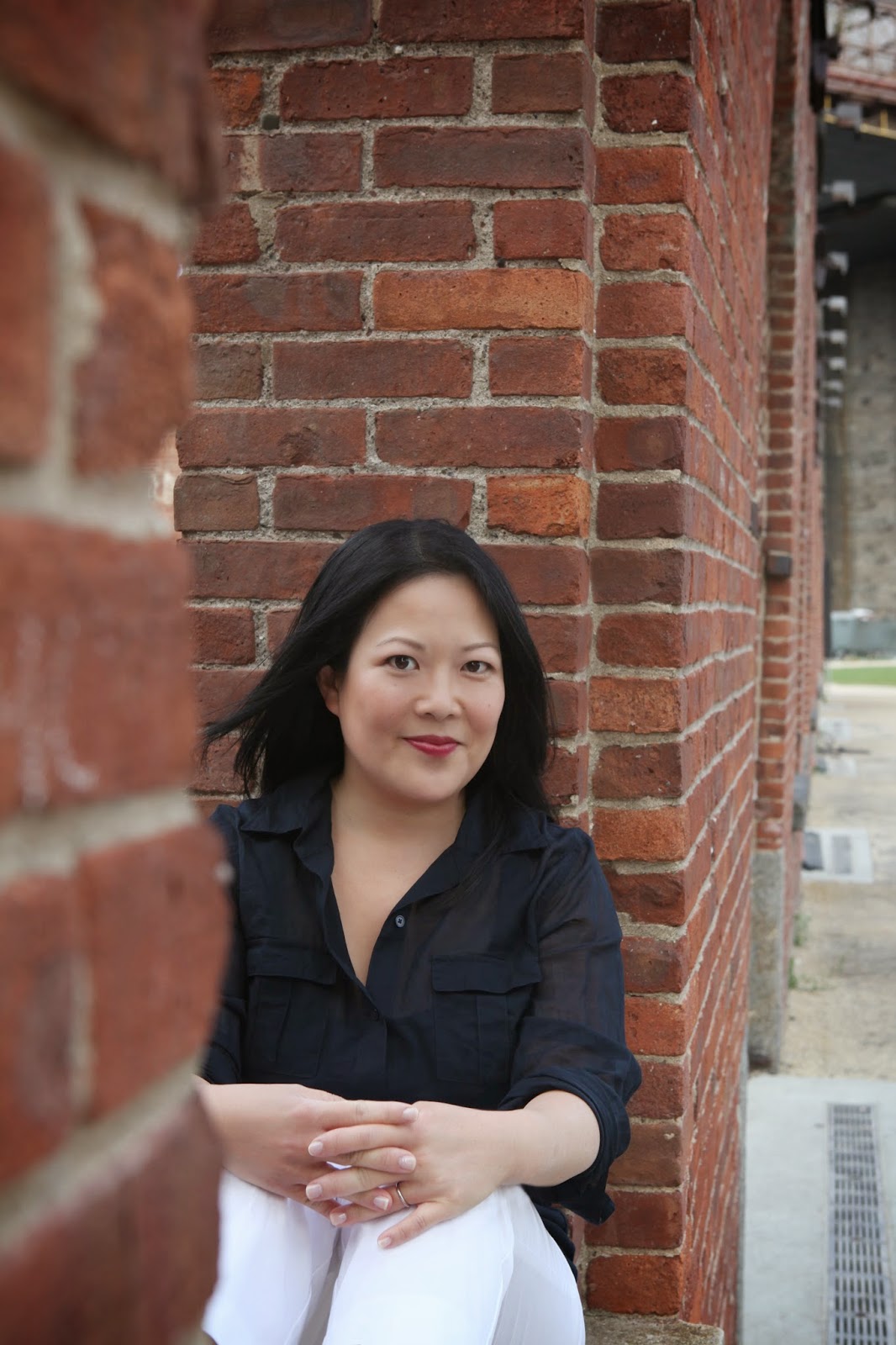 First, thanks for inviting me to spend some time with the readers of AS I TURN THE PAGES.  It’s great to meet you.  I’m Helen Wan, and I’m an author, lawyer, and mom.  My novel, THE PARTNER TRACK, is the story of a young woman of color competing for partnership in an “old-boy” law firm.  It’s about how race, sex, class, and “outsider” status complicate the lives of talented young people climbing the corporate ladder. 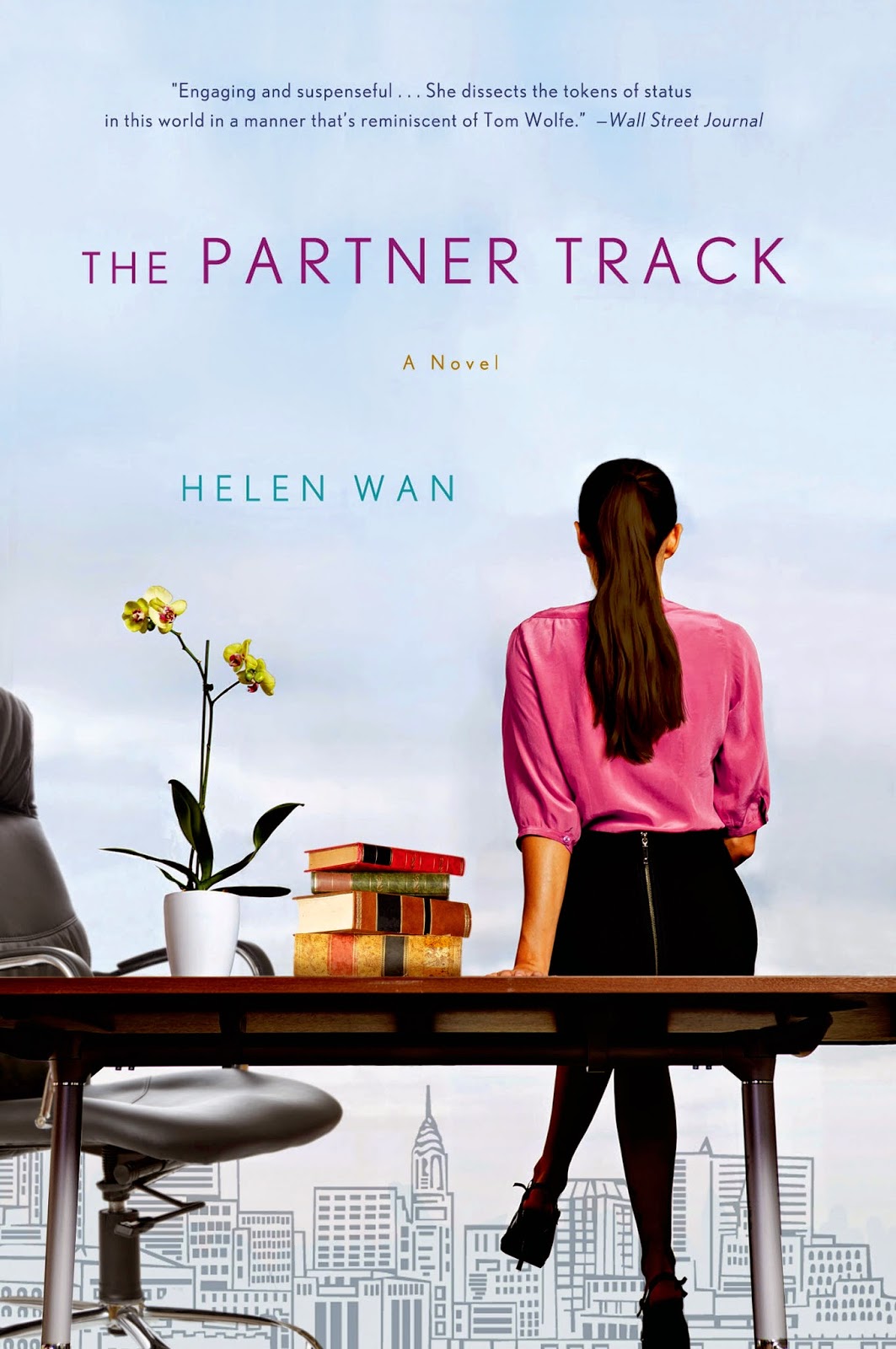 A lot of people ask me what prompted me to write this book. I just felt it was a story whose time had come.  Years ago, as a young Chinese-American woman fresh out of law school, having just landed at my first job at a huge firm, I realized that all the skills that had served me so well until that point – knowing how to study hard, get good grades, take tests – were suddenly out the window.  Everyone at the firm was smart and good at school, so that wasn’t good enough anymore.  There were predictable patterns of who among us was succeeding and who was not, who quickly found powerful sponsors and mentors and who did not, and it all had to do with how well and how quickly you mastered the subtle art of fitting in.

This was all back in the days before most companies paid much attention to “diversity and inclusion,” at least in any honest or meaningful way, so if you didn’t happen to have a background where you’d been exposed to this particular culture and its set of unwritten rules, you had to teach them to yourself ASAP.  I looked around and realized they weren’t exactly passing out decoder rings.  And I felt there SHOULD be some sort of primer or handbook for those of us who felt like fish out of water in that privileged, rarefied environment.  So, dutiful law student that I was, I went to my favorite bookstores in search of a book about how to succeed as a young woman of color in corporate America while remaining authentic and true to yourself.  Finding none, I decided to try writing that book myself.

Now, all these years later, that book is out in the world.  And I’m thrilled by the reader response. I appreciate and save every single note from folks who say “Thank you for telling this story” or “This is the first novel with a main character I can actually relate to.”  One of my favorite messages came from a young African American woman who had just finished her summer working at a prestigious law firm (much like the fictitious firm portrayed in my novel) and said, “I only wish I’d found your book at the beginning of my summer, rather than toward the end.  It would have made me feel so much less alone.”  Well, given why I wrote this book in the first place, there was no higher compliment than that.  It made me feel like the twelve long years trying to write and get this story out there were worth it.
A lot of people ask me how difficult it was to find a traditional publisher for a story about race and gender diversity. A very astute question!  During the long period of gestation for this novel, I definitely encountered obstacles trying to convince agents and editors in the mainstream publishing industry that this subject matter and story did indeed have a ready, eager audience.  The problem was that it wasn’t a “diverse” story in the way that certain people wanted it to be “diverse.”  Although it is currently fashionable to say that publishers are finally willing to entertain more stories with “diverse” characters, I think it’s very important to point out that there is often still a VAST chasm between what mainstream publishers might think is the kind of “diverse” story readers want to see, and what constitutes a genuine, authentic story that rings true to the folks who actually live and breathe these experiences.

Case in point: The problem with my book, I kept hearing, was that it did not fall neatly into any pre-established “bucket” that the publishing industry knew how to market.

For one thing, my book features an Asian American female protagonist, but I was told over and over that the rest of it doesn’t read like a so-called “ethnic novel” -- a term I find to be of limited utility anyway.  (I mean, what were James Joyce and John Updike doing, if not writing about their “ethnicity” on some level?  But I digress.  That’s a much longer conversation for another time, and would require wine.)  Suffice it to say that it was a problem for some agents and editors, that there were no arranged marriages, no descriptions of exotic wedding banquets, no soul-searching trips to ancestral villages in Asia, in my entire book. This was apparently confusing to some folks.  Could I please either make it much more “Chinese” or just take out the “ethnic stuff” entirely?  I was even asked by one agent whether I had ever considered rewriting this book, but “not from the point of view of a minority.”  Um, no.  Just, all kinds of no.
Second, my novel features corporate intrigue, corruption, and a billion-dollar merger as part of its plot, but the protagonist is not a young white male hotshot resembling a young Tom Cruise, but is instead a Chinese-American woman lawyer at the top of her game. But who’d ever heard of a legal thriller narrated by a young Chinese-American woman lawyer?
Third, I very intentionally adopted a direct, snappy, straight-ahead narrative voice for my book, and it has a romantic love interest and flirtatious banter, so should it be treated as traditional “chick lit”?  (By the way, see same comment above re: the term “ethnic novel.”)  But the consensus came back that it wasn’t really “chick lit” either because who had ever heard of chick lit that tackled identity politics or diversity in corporate America?

But persistence can pay off.  Finally, I was fortunate to meet a terrific agent who got my book into the hands of my amazing editor, who understood exactly the story I was trying to tell. And I’m grateful for everything that has happened since.

I’m optimistic that we will continue to see more authentically diverse stories getting out there into the world.  Yes, progress is glacial, but it’s progress.  I do think the television industry – particularly cable – “gets” it faster and better than either the book industry or the film industry.  A lot of young writers of color have asked me what we can do to help the cause.  Well, for better or worse, the media gatekeepers – publishers, networks, studios – must listen to that all powerful sales number.  So writers and readers and filmgoers need to vote with our feet.  It’s important to support artists of color, and those people trying to tell new, non-traditional stories, whenever we can.  Second, we also need more realistic pathways for diverse men and women to enter careers in publishing and other media businesses themselves – where more of us can be in a position to influence acquisition decisions.  If the gatekeepers themselves begin to represent a greater, more diverse set of viewpoints and cultural backgrounds, then we as readers will all wind up with richer literary choices.

Thanks again for inviting me to join you on AS I TURN THE PAGES.  Happy reading!

Bio:
Helen Wan is the author of THE PARTNER TRACK.  Before becoming a full time writer, Helen was a lawyer for many years in New York. She’s now a frequent speaker on diversity and inclusion and women in the workplace and has written for The Washington Post, CNN, and The Daily Beast. She’s also a new mom and lives with her family in Brooklyn, New York, where she is at work on a new novel. Helen’s author website is www.helenwan.com. Follow her on Twitter @helenwan1 and like her Facebook page at:
https://www.facebook.com/AuthorHelenWan
THE PARTNER TRACK will be available in paperback on September 9.