As you might have noticed I didn't post any reviews for January. That was a deliberate choice. Sometimes after finishing a book, I just don't feel like writing a review. I don't want to force myself to write something because it won't be good if I do. I'm not saying I won't ever review a book again (I do have one planned for later this month and for next month), but I'm definitely tapering off. I think shifting to more wrap-ups vs. reviews works for me. With that being said, what did I read in January? 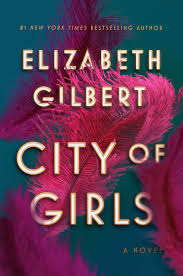 Cruel Beautiful World by Caroline Leavitt: Awwwww. The title of this book is so fitting. A wide-eyed teenager thinks she's in love with her teacher, but she can't she how that love has blinded her. Blinded her to how it impacted her family. Blinded to how her childhood is forever damaged. Will she final "see" before it's too late? Rating: Superb 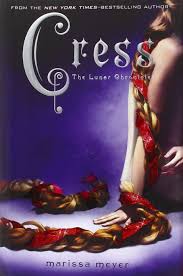 Cress by Marissa Meyer: This series has potential but boy does it always seem to fall flat at the end. I read the first book, Cinder, about three and a half years ago. But I didn't pickup this series again until last year. The third book, Scarlet, was ok and the fourth book, Cress, was equally as average. All of the books are just a setup for book four, which I'm currently reading. Maybe this is normal for book series? I don't know. In a nutshell, Cinder is a half-human/half-cyborg mechanic, whose destiny is to be the true leader of the Lunar society. Each book is a re-telling of a classic fairy tale. Again sounds promising, but it falls into the tropes that so often plague young adult books. What are those: the chosen one, unnecessary romances, strong heroines who suddenly melt when a cute boy comes around. We'll see what book four, Winter, brings but I don't have high hopes. Rating: Give it a try

It just occurred to me that every book I read in January started with the letter "C"!! Not intentional, just a coincidence. Happy reading!
Posted by As I Turn the Pages at 1:56 PM