Here are a few questions I had for Pola Muzyka, author of Escape the Hezbollah

1. Choosing Christianity over Islam can get people killed in Iran. What made you want to give a voice to this topic?

Not many people know about what you just said. If they know, they don't realize the full impact of that. I wanted people to know - to understand. To feel it inside. How it would feel if you could not choose or change your religion. Or worse. If you were forced to take a life because they believed the way you do. God gives us free will and desires us to choose Him. What God has given us should not be taken away by man. I hope I made the 'choice problems' clear in Escape the Hezbollah.

2. Escape the Hezbollah is based on a true story. Did you base the novel on one person or a collection of stories?
ETH is inspired by a true story. But it is based on a collection of stories - people I know personally who have experienced the impact that radical Islam has had on their lives. People who came to know the truth in the Messiah of the Bible.

3. Without giving away too much, the novel has a happy ending. Did the real-life character or characters have one as well?
Most. Yes. One, who was previously Islamic, actually moved to another country and became a pastor. He still calls himself a Muslim at times but he is a born-again Christian.

4. Throughout the novel Joseph is told to be strong and not show weakness, especially by his father Jalal. When Joseph gives his father a hug in their final meeting, Jalal seems to weaken just a bit during it. Jalal doesn't say anything about it, but was that scene a way of giving his character some vulnerability?
Yes. I believe that every man is given a knowledge or sense of the true God. I believe that every man really wants to do good at some point in their life. So, every man is vulnerable. Particularly when it comes to children. We can see God in the eyes of a new born baby. That's something you don't forget when it's your own child. That is why some of us have a hard time resisting the maternity ward. :-) 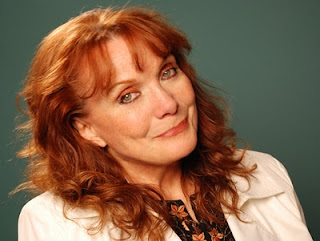 For more information on Pola Muzyka visit: http://www.polamuzyka.com/ and http://www.escapethehezbollah.com/
Posted by As I Turn the Pages at 3:09 PM