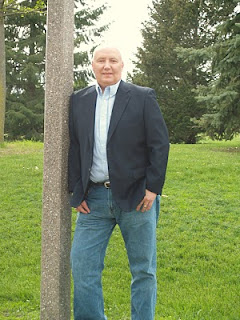 The following are just a few questions I had for John L. Betcher author of The Missing Element.
After practicing law for 25 years, what motivated you to write a book? Was writing a book something you always wanted to do?
Writing fiction is a vocation I came upon gradually. I had never really pictured myself as an author before I decided -- about a year ago -- to become one. Having an English major in college and doing a lot of legal writing certainly helped writing skills along. But I hadn't really aspired to be a writer. In fact, until last summer, I had been very involved in my two daughters' school, artistic and sporting activities. Parenting occupied most of my time outside of lawyering. Then my youngest graduated from high school, and my schedule changed dramatically. Suddenly, I had time to do something else.
Actually, coaching youth volleyball for the past ten years was the impetus that got me writing for publication. I published three articles in "COACHING VOLLEYBALL, the Journal of the American Volleyball Coaches Association" between 2006 and 2009. The last article turned out to be the cover story for the April/May 2009 issue. In May, 2009 I wrote a small book on volleyball coaching philosophies entitled The Little Black Book of Volleyball Coaching. By this time I was ready to move on to more challenging writing projects.
I guess you could say that my passion for coaching volleyball, and a recent appearance of some free time in my family schedule, were the major factors that allowed me to explore writing fiction. And like Beck, when I take on a challenge, I do so wholeheartedly. I now consider myself a full time lawyer and a full time author.
The book contains alot of computer technology that can be difficult for some to understand. What kind of research did you do? The book implies that humans are 'The Missing Element" in computer technology. Do you believe that?
In 1980, I was fortunate enough to have access to one of IBM's very first personal computers -- the IBM XT -- through my part-time job during law school. I've kept up with computers ever since. So on one hand, computers and technology have been parts of my life for a long time.
The really deep and involved aspects of computer chip design and manufacturing featured in the book came to me through an engineer friend of mine whose family has its own technology business. I invited him to my home one evening to share a beverage. I kept asking technology questions. And he kept giving me more and more intriguing answers. I backed up that personal interview with some web research to make sure I had all the terminology straight. It was my engineer friend who first expressed to me his concern over humans becoming increasingly absent in the technology equation. That idea blossomed into a good part of the book's plot.
Do I really believe that "technology is becoming an uncomfortably black box," as Beck would say? Yes. I'm not alarmist about it. But there are definitely Orwellian overtones to the expansive role technology plays in today's world -- mostly with little or no human intervention.
Did you model aspects of Beck's character after yourself? I ask because he's also a lawyer in the Red Wing area.
In writing The Missing Element, I tried to adhere to the common wisdom that an author should write about a subject with which he is familiar. I know a lot about lawyering, computers, the small town of Red Wing, Minnesota, and the Twin Cities metro area. So it is definitely true that there are parallels between my life and Beck's. And Beck and I share some personal philosophies.
But one must remember that this book is fictional. And so are its characters. No one should believe for a minute that I am Beck, or vice versa. It would be exciting if I were capable of some of Beck's heroics. But then I probably would be out saving people instead of writing books, wouldn't I?
Beck and Beth make a great team. Will she play as pivotal a role in future books?
I like the characters of Beth and Beck very much. They are a little too perfect. And maybe they're a bit self-absorbed. But their interaction with each other makes me feel good inside. Too few books leave you liking the main characters and happy about the ending. The Beck books will always be exceptions to that rule. And Beck and Beth will always be there.
I also like the characters of Bull and Gunner. Red Wing has substantial populations of both Scandinavians and Dakota Indians. So readers should expect to see more of Gunner and Bull in future books as well.
To learn more about the author visit http://www.johnbetcher.com/
Posted by As I Turn the Pages at 3:54 PM