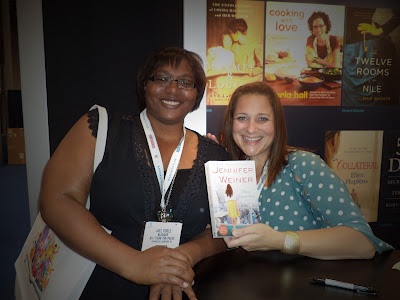 Let's start off the day with a good photo!! That is me at Jennifer Weiner's signing. I made a beeline for that booth after missing out on her autograph on Monday. 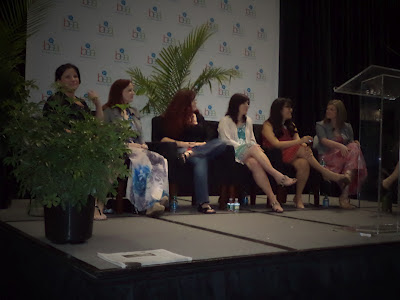 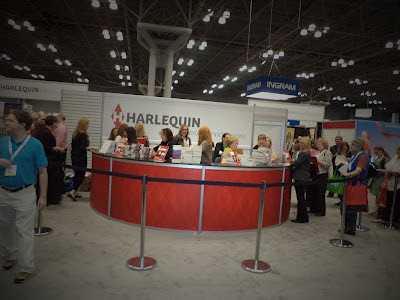 The Harlequin booth just before the Mystery writer signing. It's also where someone almost cut in front of me. I gritted my teeth when she asked me a question. Eventually she left the line when she realized she was too late for an earlier signing. I didn't want to be rude, but I would have been really mad if she didn't get off the line!!! 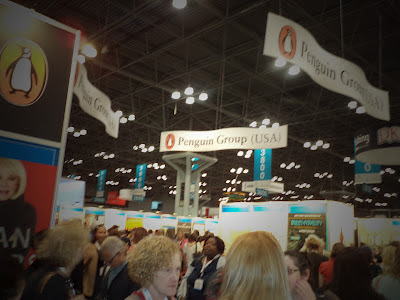 Random shot of the Penguin booth. 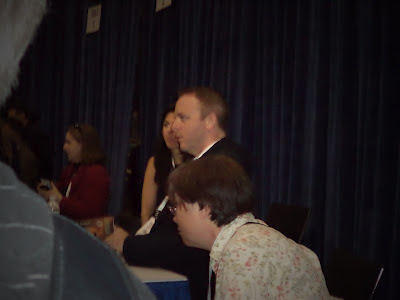 A side shot of Dennis Lehane. I almost had a perfect shot but that lady messed me up. The line moved again, so I couldn't get a better shot. 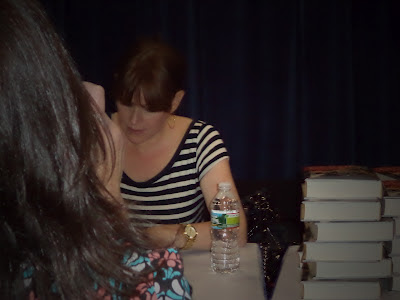 Her head is down but that is Molly Ringwald. I wanted to come up with something witty to say, but all I could muster was. "Hi. My name is Jael and thank you." 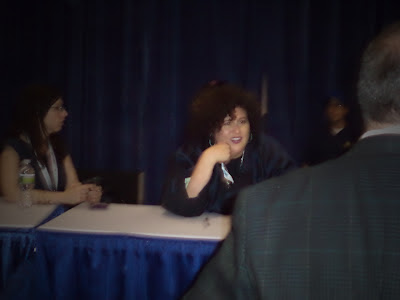 That is Adriana Trigiani, author of The Shoemaker's Wife. She was awesome. And the BEA gods were shining down on me because I was the last one to get a book. I felt bad for the 20+ people who were behind me who didn't get one. 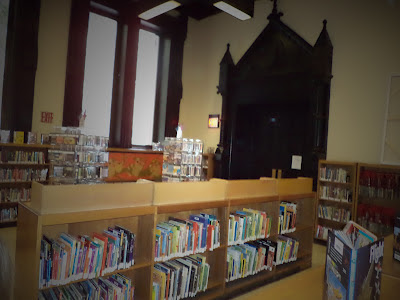 The children's reading room at the Jefferson Market Library before the start of the Teen Author Carnival. I thought it was such a pretty room, I had to take a picture. 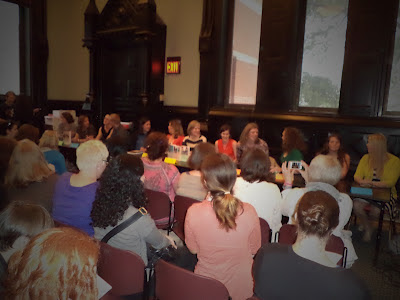 A panel at the Teen Author Carnival. I only stayed for one because I was tired. But I did win a box of books there, so it was all good. 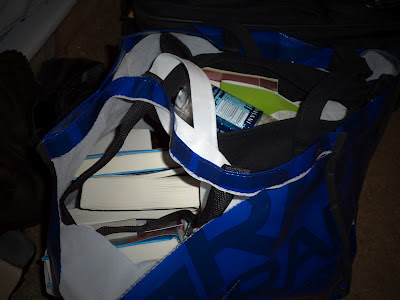