BookExpo America is fast approaching. There are so many authors to meet and discover. Pavarti K. Tyler, below, is one of those authors. Her new book Shadow on the Wall was recently released. Today she is stopping by with a guest post. Come back tomorrow for news on her book signing. 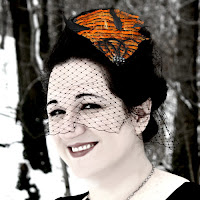 How a Unitarian from Jersey writes about a Muslim Superhero

Have you ever gotten that feeling in the back of your head that there's something not quite right about the way you think?  I've always daydreamed about things others have considered impossible or ridiculous.  I'm the loon who decided statistically charting various vampires' awesomeness was a good idea.

I sat down and started writing and a character named Recai Osman appeared on the pages before me.  With green eyes and red beard, Recai stood in the middle of a windblown desert, daring me to take the challenge.

And cue the theme to Beyond Thunderdome.

A problem soon presented itself.  It's impossible to discuss the Middle East in any meaningful way without bringing religion into the conversation, and while I've studied Islam, I am not a Muslim.  I'm not Jewish either.  In fact, I'm about as far from the religious spectrum of the Middle East as you could get.  I'm a Unitarian Universalist.

UUism is based on the idea that we all have the right to our own path to Truth.  For some that Truth is God, for some it's not.  What connects us within the UU church is the belief that the search is valuable and that there is benefit to having a supportive and respectful community with whom to share that search. (You can read more about our principles here: Our Unitarian Universalist Principles)

For me, the importance of an individual’s expression of faith within a community is huge.  I believe in God.  Because of this, I often find myself listening to the fundamentalist rhetoric of all religions with a frustrated sigh.  Why does someone have to be wrong in order for another to be right?

Recai is a faithful man; he's erred and he's sinned, but his belief in Allah and in humanity is solid.  Underneath his layers of confusion and self-doubt is a good man.  His day-to-day life has been isolated from the city he lives in: Elih, Turkey (Google it for a good giggle). What would happen if a flawed man was forced to confront real evil, real sin?  Could he rise to the occasion?

Islam and Judaism run throughout Shadow on the Wall. Some of the phrases and cultural idioms may be unfamiliar to Western readers, but I hope that you will see a little of yourself in the characters. The issues they face are written at high stakes, but the questions posed are ones we must all answer.  Who am I?  What do I stand for?  Although Shadow on the Wall has supernatural elements, I like to think heroes exist in life, and I like to think that religion can fuel the good in people.  Perhaps we're all capable of great things.

Author Bio:
Pavarti K Tyler is an artist, wife, mother and number cruncher. She graduated Smith College in 1999 with a degree in Theatre. After graduation, she moved to New York, where she worked as a Dramaturge, Assistant Director and Production Manager on productions both on and off Broadway.

Later, Pavarti went to work in the finance industry as a freelance accountant for several international law firms. She now operates her own accounting firm in the Washington DC area, where she lives with her husband, two daughters and two terrible dogs. When not preparing taxes, she is busy working at Novel Publicity and penning her next novel.

My blog is all ages: http://www,fightingmonkeypress.com
My tumblr is 18+ only: http://pavartidevi.tumblr.com/
My Fan Page needs your likes: https://www.facebook.com/#!/FMPress
My Twitter likes friends: http://twitter.com/#!/PavartiKTyler
My Google+ is random: https://plus.google.com/?gpinv=JFSVnKSj7Uk:FdjR-3NCJW8#me/posts 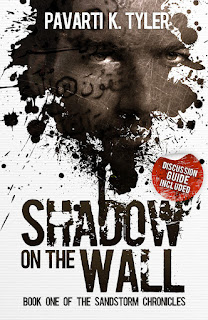